Almost one year to the day, the enforced disconnection between my wife Tatiana and I has resulted in a completed divorce.  One year ago, “Director of Inspections and Reports” (a throw-back to the Inquisition) Mat McCauley e-mailed my wife and informed her of my declare (as a ‘Suppressive Person’) and expulsion from the Church of Scientology (a ‘non-profit’ corporation operating ‘for profit’ (inurement supporting a lavish lifestyle on the part of one David Miscavige) in egregious violation of the laws of the land.  This action constituted ‘tortious interference‘ and was in common language, a destructive intervention between the private and sacred line of communication established between my wife and I. 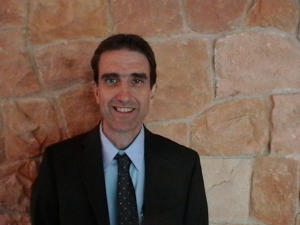 I read the following into record of the 301st Court of Dallas today:

“The marriage has become unsupportable because of pressure brought to bear on my wife by leadership of the Scientology religion, to ‘disconnect’ from me, resulting in discord between the parties that has destroyed the legitimate ends of the marriage relationship.  There is no expectation of reconciliation.”

Divorce finalized.  In earlier times, I could have sued for “tortious interference,” but the laws have changed.

I would however, have an International Human Rights case if it were easy to find a good attorney.  And I have already developed the basis for the legal arguments:

Article 12 – No one shall be subject to arbitrary interference with his privacy, family, home or correspondence, nor to attacks on his honor or reputation.  Everyone has the right to protection of the law against such interference or attacks.

Scott was subjected to substantial interference in personal and family matters by members of Scientology organization staff in both Costa Rica and Dallas.

In Costa Rica, Geberth Gamboa, staff at the mission, arranged an interruption to my step-son’s auditing to fish for anything that could have been wrong with our earlier sessions (that went very well despite being done across a language barrier – all at his request and his Mother’s okay) and then wrote false reports to the mission Ethics Officer, causing the Ethics section to arbitrarily designate Scott as being “one report away from full expulsion” from the International Church.

In the Dallas organization, Matt McCauley ejected Scott from the Dallas organization, where he was on paid service for a counseling course, on orders from International Scientology “top” management, without written notice or explanation.  This ejection without explanation was communicated to Scott’s wife who was upset at the implications (the threat of expulsion meant that she could no longer progress in good standing without complete separation, as in divorce, from Scott).  When Scott blew the whistle on Matt McCauley’s failure to execute any form of due process, Matt issued a declare and expulsion order and e-mailed Scott’s wife before he could communicate with her on the matter, preventing any further explanation or communication between the two on the subject of his expulsion.

Article 16(3) – The family is the natural and fundamental group unit of society and is entitled to protection by society and the State.

Scott was a step-parent to two male children who grew up in the household with Scott and Tatiana.  The oldest has recently cut all communication with Scott.  The youngest cut communication immediately upon learning that Scott was “in trouble” with the church.

Article 18 – Everyone has the right to freedom of thought, conscience and religion; this includes freedom to change his religion or belief, and freedom, either alone or in community with others and in public or private, to manifest his religion or belief in teaching, practice, worship and observance.

Before the actions of the mission of Costa Rica to sanction Scott without due process, Scott and Tatiana had come to agreement on differing views on how Scientology would be practiced at home and to what extent Scott planned to participate in services.  Tatiana had effectively accepted Scott’s departure from full participation in the church on his terms, none of which were disrespectful to the founder, the local or international organizations.  She was told by the mission that this was ‘unacceptable’ and that she could not continue to progress in the church if she stayed connected in any way to Scott.  She pursued a divorce as a solution to the dilemma the church placed as her only option to staying in good standing with their religion.

Article 28 – Everyone is entitled to a social and international order in which the rights and freedoms set forth in this Declaration can be fully recognized.

This also implicates the government of the United States of America, specifically the Federal Bureau of Investigations, for failing to act on numerous reports in their possession, of egregious Human Rights violations of Sea Org members and ex-members and their families, which have been widely publicized in the media and documented in numerous books and legal affidavits.  The church continues to expel staff and parishioners and violate their human rights without due process, most being economically unable to pursue civil action.