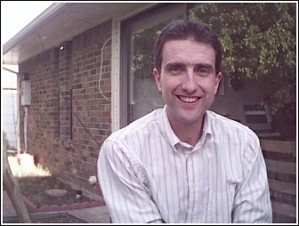 — is my posting identity as an Independent Reform Scientologist.

I also consider myself a Scientologist-Christian.

That is only one part of my life.  One part of taking responsibility for the world I live in:

Investigation, Human Rights, Public Relations (truth and good works made broadly known), Survival (Existence),  Social Reform, Attack-Defense (the “art of war” – defeating the “bad guys” – shining the light of truth on evildoers, without losing your own integrity), Scientology religious reform, etc.  Basically, a continuation of what I was trained to do and trying to do, as DSA (Director of Special Affairs) for the Dallas, TX and Costa Rica organizations.

As of December 2012, I am no longer “with Hubbard” as a Scientologist-Christian.  What L.Ron Hubbard, himself, did from June 1964 on, in destroying a movement of sincere, dedicated philosophers with a workable and helpful technology for potentially all of mankind, is simply inexcusable.

In mid-1964, Hubbard had real solutions for mankind in his collected works, but selfishly chose to use them to create a heartbreaking cult that began to tear apart families.

Hubbard had a moment of sanity in 1968 when he canceled “Disconnection” and reformed the subject in a new, “binding” (but which no one follows, since it is so foreign to usual Hubbard policies) Code of a Scientologist.  Then he quietly and covertly had “Disconnection” reinstated as early as 1973 and officially and openly, by ordering its reinstatement in writing in 1983.

He used and disposed of, countless other great beings in the process.

You hear in the FreeZone that 90+ % of original Saint Hill staff and students (who helped him develop “the tech”) were expelled from the church and declared “Suppressive Persons.”  What they fail to mention is that Hubbard knew all about it and mainly instigated it all.

He turned on those who helped him develop the best of his growing collection of technologies for relieving physical and spiritual trauma from the mind.  John McMaster – “Clear #1” and Power processing auditor, Alan Walter, developer of correction list technology (L1C and L4BRB are the current lists in use) and many others were examples, long before David Miscavige sought to get rid of David Mayo by manipulating L. Ron Hubbard to turn yet another time, on a true friend.

And if that were not enough, Mary Sue Hubbard, who had long participated in this abusive treachery with him against others, finally became the victim of Hubbard’s “final solution” and waited out the end of her life alone and abandoned.

I personally experienced the destruction to the mind that Hubbard’s “Truth Rundown” is capable of, through a process gleefully referred to by the Sea Org members administering it, as “rollback.”  It led me to a deep, dark area of my soul that only my Costa Rica now-ex-wife and my co-auditor, knows anything about.

Hubbard warned that victims of implanters will rage at their implanter when they find out what really happened to them.

Well, I finally learned this year that in his knowing and willing misuse of mental technology, through the “Truth Rundown” and its “Rollback” derivative, that Hubbard was that implanter!  (And that I am small in the world of his victims.)

Scientology is a useful, workable philosophy and mental technology developed by thousands of years of thinking men, and more recently, the devoted lifetimes of those focused and helpful ministers of the newly forming religion through the 50’s and 60’s.

I used Scientology and the work of its students – Ken Ogger, Alan Walter, Dennis Stephens and many others, including my co-audit twin and brilliant Case Supervisor, to undo and unravel the vicious implant invented by Hubbard and utilized by David Miscavige and his Sea Org minions, to make me “compliant” and “fanatical.”

But I was able to break the spell using the good in the technology on myself.  When it was discovered that I was auditing myself successfully, and starting a flourishing auditing practice outside the church using Scientology freely and for good purposes, I was physically removed from the organization premises.

Hubbard convoluted and diabolically-mislabeled “Ethics policies” took my wife away from me, as Hubbard himself, a Crowley (leading Satanist) devotee, always left gaping holes in “justice procedure” with which to exercise “whim” in his favorite personal more “Do What Thou Wilt Shall Be the Whole of the Law.”

I was never even given a hearing, since my presence as a knowing, willing participant on Marty Rathbun’s Scientology reformer’s Internet forum made me an “emergency” priority for Hubbard’s time-honored totalitarian cult, expulsion procedure.

It took some friendly, honest and helpful people of the Costa Rica Mission, including my loving wife there, to break my fanaticism.  The other less-than-honest staff there were used to “break me” with kangaroo court justice when I rose above my implanting, using “the tech.”

It took four separate brushes with death there, to break my haughty arrogance as a Hubbard and Miscavige, ‘KSW’ fanatic.  I left that place broken and defeated, but with my integrity and spiritual eternity, intact.

Only then could I come to assume my present position which neither aligns with Hubbard’s “church” nor Hubbard’s devoted Independent practitioners.

And sadly, I find few even amongst those hurt by Hubbard’s policies and misapplication of “tech,” who do not also blame “the tech” by association with its malpractice, and therefore view my professional applications of Scientology outside the Hubbard box, with great suspicion.

And while this is painful, meaning few friends and near-impossible and severely limited relationships, that is the way it is and that is the price of Freedom.

The purpose of my writing here is to bring facts to light so that we can deal with them and “move on up a little higher” (thanks to Marty Rathbun for the analogy and inspiration).

Higher truths of a more technical nature are continually emerging from my personal observation in applying the technology of Scientology and other sources of wisdom, and will present themselves on my FreeScientology and Scientologist-Christian project webpages and web logs (“blogs”).

As you will see below, I am a serious student of all things Scientology – the good, the bad and the ugly.  It is my goal to help identify what should not be continued in the practice of Scientology, and present the good in it, for the benefit of mankind.

This is all in accordance with the 1969 Reform Code (listen to RJ 68 here) Code of a Scientologist, to which I subscribe in every single point:

THE CODE OF A SCIENTOLOGIST

As a Scientologist, I pledge myself to the Code of Scientology for the good of all.

1. To keep Scientologists, the public and the press accurately informed concerning Scientology, the world of mental health and society.

2. To use the best I know of Scientology to the best of my ability to help my family, friends, groups and the world.

4. To decry and do all I can to abolish any and all abuses against life and Mankind.

5. To expose and help abolish any and all physically damaging practices in the field of mental health.

6. To help clean up and keep clean the field of mental health.

7. To bring about an atmosphere of safety and security in the field of mental health by eradicating its abuses and brutality.

8. To support true humanitarian endeavors in the fields of human rights.

9. To embrace the policy of equal justice for all.

10. To work for freedom of speech in the world.

11. To actively decry the suppression of knowledge, wisdom, philosophy or data which would help Mankind.

12. To support the freedom of religion.

13. To help Scientology orgs and groups ally themselves with public groups.

14. To teach Scientology at a level it can be understood and used by the recipients.

15. To stress the freedom to use Scientology as a philosophy in all its applications and variations in the humanities.

16. To insist upon standard and unvaried Scientology as an applied activity in ethics, processing and administration in Scientology organizations.

17. To take my share of responsibility for the impact of Scientology upon the world.

18. To increase the numbers and strength of Scientology over the world.

19. To set an example of the effectiveness and wisdom of Scientology.

20. To make this world a saner, better place. 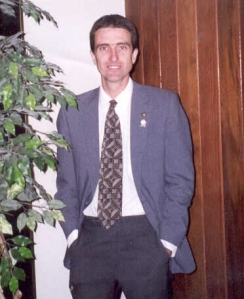 I have carefully read the entire Holy Bible cover-to-cover.

I have carefully studied the entirety of:

More About Me – Links:

(some of these are still under construction – stay tuned!)